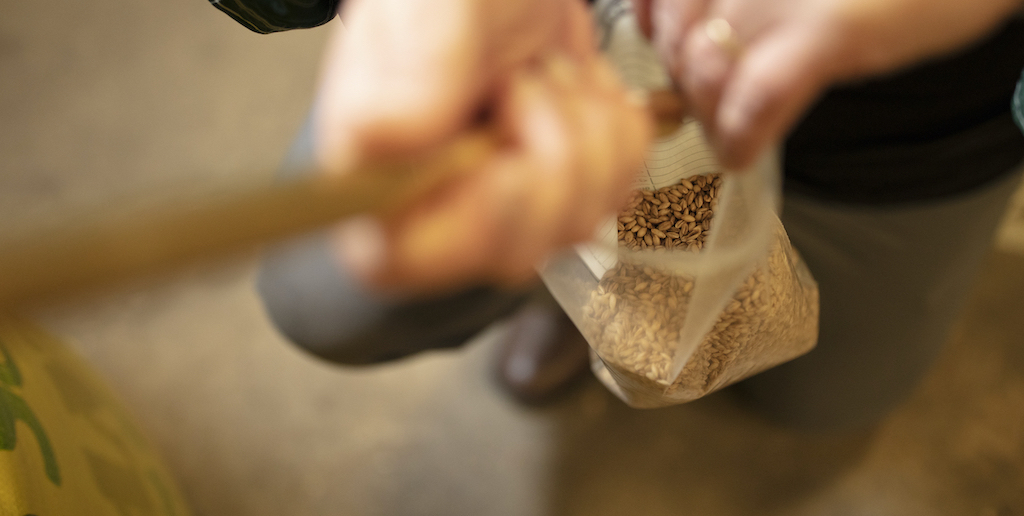 Updates for our growers on Spring 2021 seed availability

Our director, Trevor Cope, updates our growers on spring 2021 seed availability, to be as transparent as possible on seed supply issues…

As strange as it may seem to be considering Spring Seed in September, we feel it is important to inform Spring 2021 growers of some impending seed supply issues as early as possible.

Hopefully the following information will enable those intending to drill certain species in the spring to improve their likelihood of accessing the certified seed they will require by covering it early and at same time most likely at a price level lower than seed will probably be in February / March, although there is every likelihood there may not be any seed of certain species and varieties available by then.

As of late September, we are already experiencing a shortage of certified winter bean and winter oat seed and it is now getting to the point where it’s difficult to source any C2 Group 1 milling winter wheat seed varieties either. In time, it will not be a matter of winter wheat variety choice for farmers but a case of what the merchant has left to offer.

This poor growing season and late rains saw a lot secondary growth come into the crops. Samples seen from harvested seed crops are higher in screening losses than average, showing a level of immature grains and yields down on normal. There will no doubt be some germination issues with some of the seed stocks too. There was an increased area of spring oat seed production placed for harvest 2020 over what there was for 2019. However, that increase was only 373 hectares of which some of that was in increased naked oats and not husked types. This small increase in area will not compensate anywhere near enough for the downturn in this years harvested crop yields and increased seed crop rejections. In essence as an industry we are unlikely to have enough C2 spring oat seed available to cover a normal spring season requirement, let alone one with the added requirement for spring oats to cover where winter ones were not sown due to lack of seed availability.

It may well be that imported seed will be necessary for this coming spring but bear in mind that imported seed puts an extra £100.00 – £140.00 per tonne on the seed costs just to cover the extra freight costs into the UK and the re distribution costs of delivering smaller quantities from warehouse direct to farm. We strongly advise those considering growing spring oats to put their name on some UK produced seed before it becomes necessary to bring in imported seed stocks with the extra costs.

Our concern is not that spring beans can’t be sown in the winter, because they can BUT the PGRO recommend a plant number per square metre of 40. This is a much higher level than the requirement for winter beans. We would suggest that where spring beans are drilled in the winter, they are at best likely to yield similar, to winter beans or possibly a little lower. When you consider the cost of certified spring seed and the higher sowing rate required, there will be considerably higher seed input costs to take into account.

This year’s bean harvest in terms of yields has been poor, there is a higher level of bruchid beetle rendering most of commercial crop unsuitable for export. Early indications are there will most likely be some germination problems, just as they was this last spring. The seed area planted for harvest 2020 increased by 30% but with yields in many cases circa 50% down this increased area will not produce enough certified spring seed for a normal spring requirement. Again, there will no doubt be opportunities to import some bean seed but they will be varieties unknown to the UK grower and will have to carry the burden of the extra £100.00 – £140.00 freight and redistribution costs.

In addition, the value of Sterling against the Euro isn’t helping in terms of costs for any imported seed.

Has seen a sharp increase in the seed area planted for harvest 2020 albeit that still only totals 780 hectares of seed production. Results from triticale this harvest have shown that it appears to have dealt with the problematic climate conditions of 2020 better than a lot of alternative spring crops. We have received mainly positive comments from several seed growers who have grown Puzon and Somtri for us. Some have reported yields of 2.750t – 3.000t per acre with some very good straw yields. Some have commented that their triticale has been the only cereal grown on the farm that has produced any real quantity of straw this year. Triticale is a crop suited to the more marginal soils on a farm, is very easy to grow, a good suppressant where blackgrass is a problem and considered a better option than 2nd wheat.

Triticale is a popular choice in numerous mixtures and more recently as an energy crop but in our opinion,  it should also have a bigger place in the grain market as a stand-alone cereal. 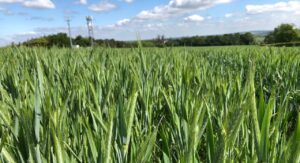 However, one of the issues with triticale is marketing. Where those end users that do use it, they buy it at a discount to feed wheat. When asked why they don’t use more triticale their stock answer is usually…

“All our rations are built around wheat and there isn’t enough of it grown to change our formulations.”

We have known of several occasions where Triticale has been sold off farm as feed wheat and never been questioned. Triticale is high in Lysine levels making it an ideal fit for pig and poultry rations. There are millions of hectares of triticale produced across Europe where it is used in their animal feed rations, why not ours ? If triticale is going to offer the UK farmer a more robust, reliable spring cropping option in difficult growing conditions it would be helpful if the end users would support the farmer and consider adopting more inclusion of triticale in their feed rations. If they would, I am sure we would see a major increase in the triticale area grown in the UK.

This harvest has seen spring wheat perform relatively well albeit still below average yields. Quality has been good but the age-old problem of ergot has thrown up its head at a higher level seen for several years. As with other crops, there has been an increase in the area of spring wheat grown for seed in 2020 compared with 2019. At the moment it is difficult to have an opinion on any pressure on seed supplies as the demand for spring wheat very much depends on the October / November weather pattern. A relatively dry October / November will see most of the acreage go into winter wheat but should we get another wet backend it will increase the demand for spring wheat.

Despite trading at a sizeable discount to feed wheat, spring barley has performed well in the main. Malting barley quality has had its issues but in terms of yield performance there has been some positive reports. In terms of seed supplies, it is too early at this stage to have too strong an opinion as again, though not so relative as it is for spring wheat, a much smaller crop, demand for spring barley would increase should we have any weather conditions which curtailed any winter wheat drilling.

To date we have only had 50% of our spring barley seed samples tested but already we have had to reject one parcel of C2 Laureate due to germination levels falling to 70%. Two other varieties grown on the same farm for another merchant have also failed on germination. If this is an isolated case for this farm in particular or will become a wider issue across the country time will only tell. We will update on how things develop in our next bulletin.