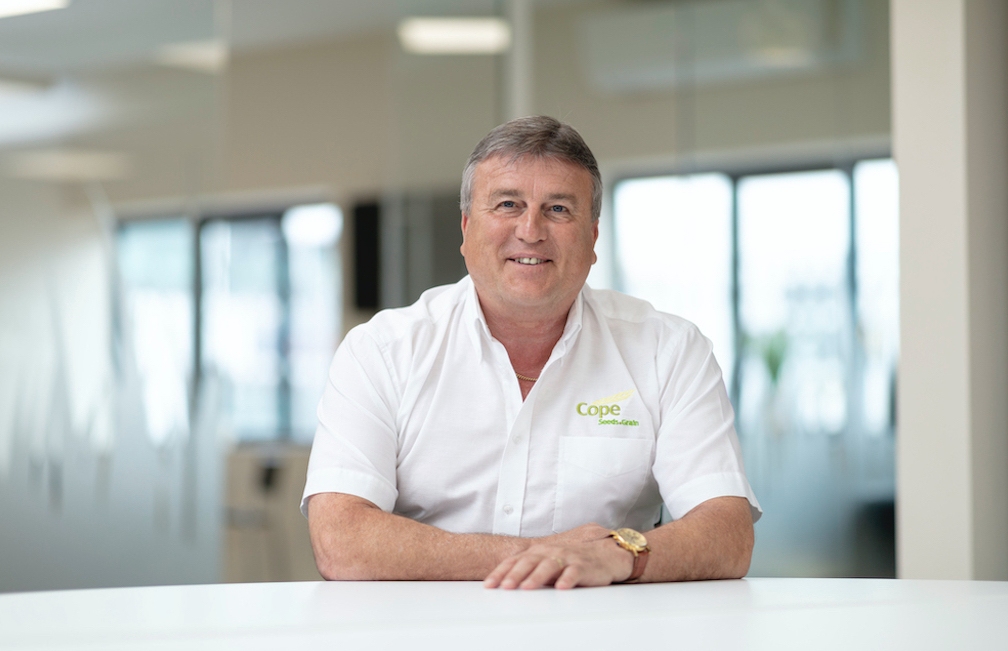 Trevor Cope, our director gives his update on spring seed availability and the top varieties to go for…

At the time of writing this ( January 20th  ) the country if not already sodden, is about to experience even more heavy rainfall causing local and widespread flooding. This will put an end to any thoughts about late drilling winter wheat.

Recent times has seen a resurgence in spring sowings, albeit weather determined and restrictions of intended autumn drilling. This resulted in pressure on UK certified spring seed supplies and the need to import 1000`s of tonnes of seed from Europe. The UK seed industry re acted accordingly and increased the areas of spring seed multiplication from harvest 2020 in case of a similar experience for spring sowing in 2021.

However, despite an increase in Autumn 2020 plantings, we are looking again at certain situations of UK produced spring seed being in tight supply and the constraints of Brexit not allowing us to import seed from Europe as readily as we could before January 1st  2021.

The reasons for potential spring seed shortages are as follows…

This created a strong early trade in spring bean and oat seed and soon put pressure on spring seed supplies. A lot of this early spring trade was conducted in October, before some of the spring seed crops had even been samples and tested. However, it transpires following testing, that a lot of the spring bean seed crops have incurred major germination issues with numerous large parcels intended for seed already sold away for feed where the germination levels were very low.

The bean stocks that were borderline the Minimum 80% germination requirement, may have been held onto in case there should be a derogation request to use lower germination seed stocks. However, we cannot see anything but a further degeneration in the germination levels of these borderline stocks over time, they’re unlikely to increase and more likely to fall below level allowable under derogation. We suggest anyone intending to grow spring beans ensure they ask for the latest germination results and wherever possible, order seed which meets the minimum germination requirement of 80% for certification before taking derogated seed.

On the spring oat front we have also seen major germination problems. During the growing season we saw a major issue of secondary growth coming into a lot of spring oat crops. This caused us concerns as to how much green immature grains were likely to see in our seed samples and what the resultant screening losses were going to be trying to clean the seed crops up to an acceptable standard. Having downgraded our original seed yields accordingly, we then saw nearer harvest some of the strongest winds we had experienced for many years resulting in major shedding losses. We saw numerous crops lose anywhere from

33.0% – 66% of the potential yield onto the floor. Disastrous news for the growers and less seed oats for the industry to offer. This was compounded even further when the seed laboratory tests of the seed samples came back with major germination issues. This was seen across seed stocks all over England and Scotland. Though it is still possible to buy spring oat seed today we confidently predict there will come a time in February when we will see seed supplies dry up.

Spring wheat is already getting tight. The majority of the spring wheat seed multiplication was in two varieties, Mulika and KWS Cochise. Already a number of seed producing merchants have put the sold out sign out on spring wheat and those that do still have some to offer are starting to increase the price they are asking as their stocks diminish. We would strongly urge anyone looking to sow spring wheat to cover their requirements sooner rather later.

Remember the price levels spring wheat seed was last year and subject to being able to sort the administrative issues with importing seed from Europe that if possible, will only add a further £150 per tonne to the costs just to cover the shipping costs into the UK and the re distribution cost from warehouse to the farm.

Again, there are germination issues abound with some of the seed stocks. We do however, feel that there will probably be enough UK certified seed available to meet the market demand but not necessarily in your first-choice variety.

The two most popular varieties currently are RGT Planet and Laureate taking 2/3rds of the total spring market. Laureate is grown for the brewing and distilling market and sometimes just for feed, whilst RGT Planet is grown mainly for brewing and feed. These two varieties will once again be in strong demand but a variety hot on their heels is LG Diablo.

It is now accepted for both brewing and distilling markets and being slightly higher yielding than both Laureate and RGT Planet we expect a strong demand. These are the three varieties that have end user premium potential and therefore where we expect to see some pressure on seed supplies at some stage. There will be sufficient of these three varieties to meet the end market demands but should they run tight and you are an out and out feed barley grower there are other varieties available.