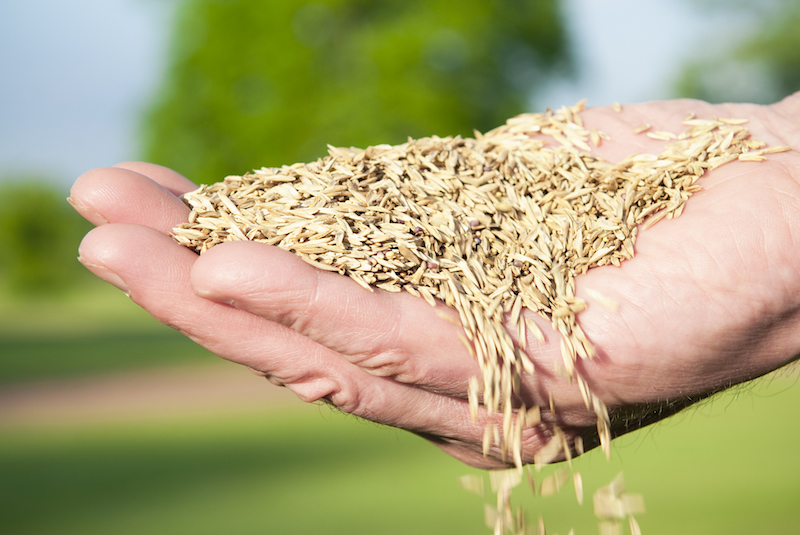 Grass seed shortages are predicted this autumn on top varieties due to the unprecedented drought seen in 2018 across the UK and Europe.

“Any shortfall from the 2018 harvest will continue until new seed is available in spring,” says Simon Travers, grass and small seeds manager at Cope Seeds.

“Shortages from the severely hampered 2018 harvest will still stand, with top varieties on the NIAB Recommended List forecast to run out first,” he says.

“A large percentage of the grass seed in the UK is from mainland Europe and there are now very few UK breeders.

“Not only is availability a factor, quality is lower, with germination issues reported to have affected many crops,” says Simon.

Spring 2019 grass seed sales weren’t as high as expected and many predict there will be an uplift in autumn orders to compensate from slow Spring sales. “The worry is that the top varieties will run out quickly,” explains Simon.

Organic seed is reported to be at critical levels of shortage, meaning there may not be enough seed to supply the market this autumn. “Having spoken to breeders and merchants, the word on the ground is that organic seed stocks are worryingly low,” he says.

“The conventional market is still a cause for concern, with first class varieties selling out quickly. If you want the best varieties in your mixes you need to order in good time for autumn sewing and farmers can start ordering now,” adds Simon.

General industry guidance promotes re-seeding every four or five years as being beneficial and waiting any longer is counterproductive.

Research from the AHDB1 has shown that increasing the proportion of the farm reseeded each year increases the amount if grass grown and utilised for forage.

“Typically, the benefits of a new ley include improved yield and quality and result in it lasting for up to five years over an existing sward,” says Simon.

“Grass seed yields will always go down after two years and after five – six years, 50% of grass will be mostly weeds or indigenous species, such as bent grass, Yorkshire fog and meadow grass, meaning farmers will get less tonnes of dry matter/ha. After six years it drops down to over 60% of native varieties.

Used for its many benefits, white clover is becoming more readily used in ley mixtures. “It has strong nitrogen fixing credentials and adds extra protein and can add trace elements to the sward.

“For a successful chance of establishing white clover, it needs to be sewn at the end of august at the absolute latest in the north of England, and by the second week of September in the south because its slow to establish. If you miss the window, it’s possible to establish the grass and over-seed with white clover in the spring. The advice again is to order early to secure the best varieties,” adds Simon.