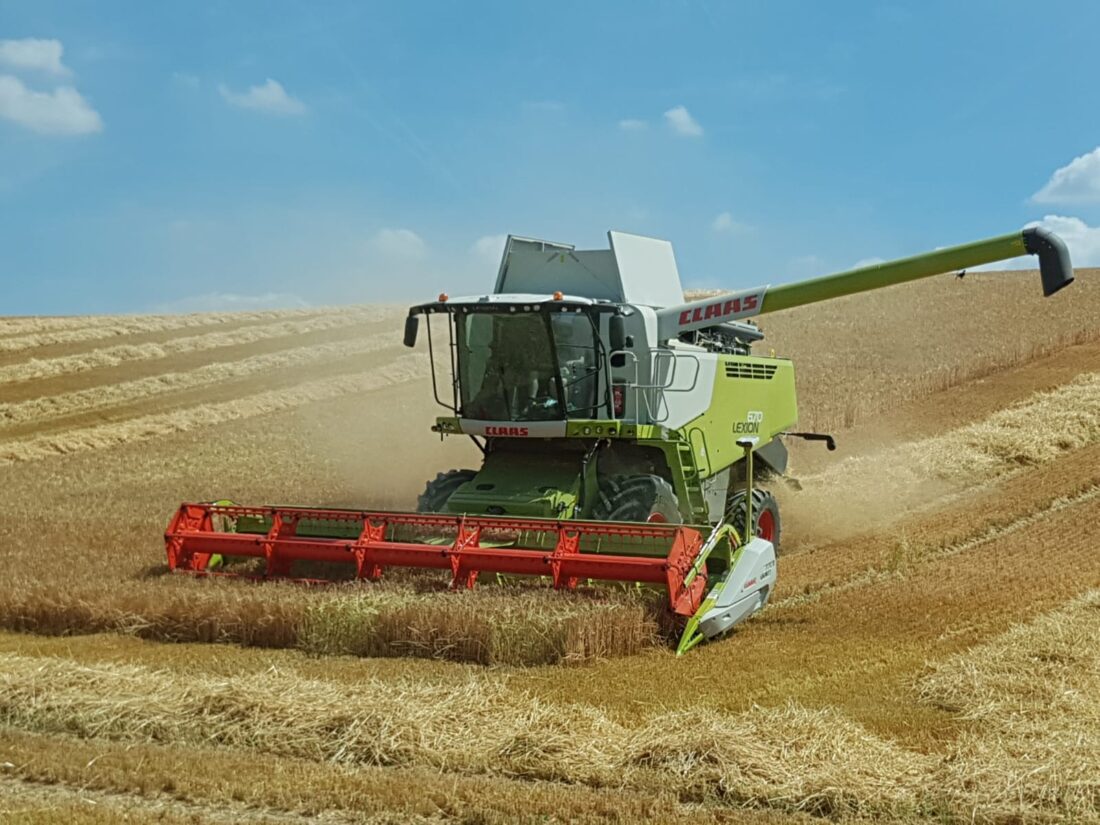 In a competitive arable market, many mixed farmers are considering alternative cereal varieties offering not only strong untreated yields, but high yielding straw for bedding or forage.

Richard farms combinable crops on 1,250 hectares of mostly ‘Hampshire chalkland’, some of which is contract farmed. “In 2016 we grew 36ha and then increased it to 41ha in year two and three.

“In 2017 we achieved just over 7.5t/ha and in the dry and challenging harvest of 2018, the crop yielded 7.27t/ha. This year the crop was a second barley, so a slightly lower yield was expected and we had 7t/ha and plenty of straw.

“Straw has been plentiful each year and we sell ours to a contractor. In a year when straw length was short, due to the drought, we produced just under 3t/ha in 2018,” says Richard.

In terms of inputs, Richard comments that the spring barley variety is relatively straightforward. “We’re putting on approximately 150kg of nitrogen without any manures, and generally inputs are simple as it has reasonable disease scores.

Evelina is available exclusively from Mole Valley Farmers, supplied by seed specialist Cope Seeds. James Henderson from Mole Valley is confident that Evelina is a leading variety for the livestock farmer. “Looking ahead, spring barley will continue to be the most popular with the livestock farmer wanting a quality grain and plenty of straw. Straw in particular will be equally important, if not more so, to replenish stocks after being in such short supply in 2018.

James explains that when compared in 2014 with nine varieties from the 2014/2015 Recommended List, Evelina produced competitive yields, the tallest straw, highest specific weight and was the earliest to mature. “Its superb disease resistance makes it a versatile variety suitable for growing in all regions across the UK. The growth rate and establishment of Evelina was found to be much quicker than other varieties, together with strong tillering characteristics, making it especially competitive to any weed contamination,” says James.

“Those that have previously grown Westminster, Dandy or Hart, have been able to switch to Evelina without losing any of the characteristics that had attracted them to those former varieties,” adds James.

Trevor Cope from Cope Seeds brought the variety over to trial in the UK and found that it performed well compared with current varieties. “In addition to that it showed outstanding disease resistance with no weaknesses, the grain was of the highest specific weight and the lowest screening losses. With numerous satisfactory comments about Evelina from all over the UK in the past three years we feel it is a variety well suited to mixed farming where it offers so many positive traits,” he says.