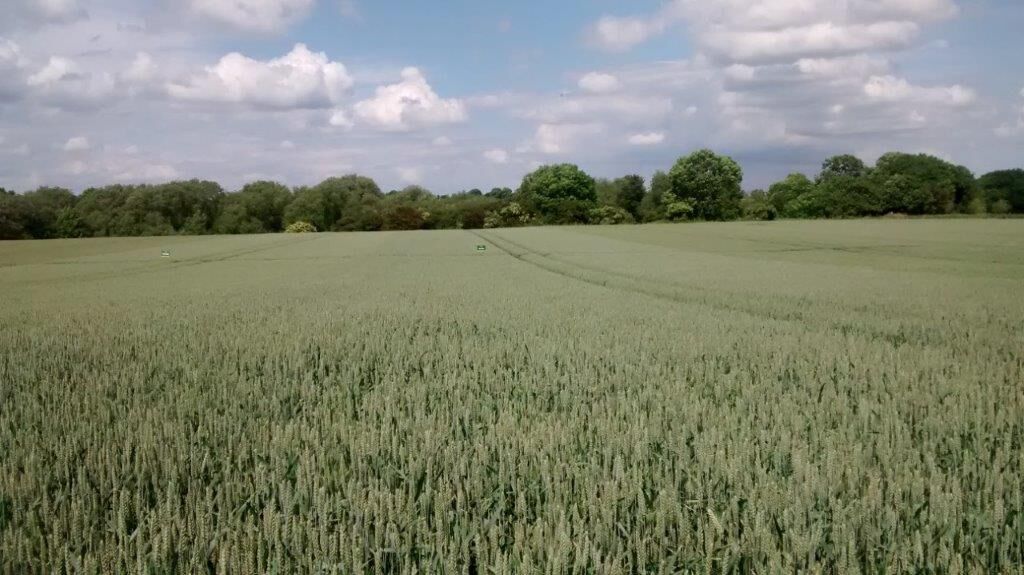 High protein wheats typically demand a premium, but often at the cost of increased inputs. A home-grown high specification wheat with a high protein content is continuing to buck the trend, with a strong disease resistance profile and growing UK demand.

Nelson German E-wheat from seed and grain specialist Cope Seeds and Grain, is appealing to UK growers and millers, to replace the modest proportion of imports of high specification wheats from Germany, Canada, and the USA.

George Mason from flour millers, Heygates, explains that through several seasons of testing and trial growing, Nelson has shown high performance, high security, and strong market credentials. “This variety has established itself onto UK farms giving growers a premium over group one milling wheat prices.

“As a company, we are committed to using the maximum amount of homegrown wheat wherever possible, however for some of our flour we require wheat with specific characteristics or functionality that we cannot achieve with traditional grains,” he says.

“The 2019 harvest was our third of commercially grown Nelson over which time we have been impressed with its consistency in producing high-quality flour. The growers who planted it in year one continue to do so today along with others who are acknowledging its advantages,” adds George.

“Nelson doesn’t present spectacular yields, but with a premium of £15/tonne over group one milling wheats, and a strong disease resistance profile, the returns on the variety, and the low input costs are the reason we are growing it for the third year now,” says Nick.

“We’re in the Thames Valley, which means it gets very hot and we are prone to drought. We’re not in record-breaking wheat yielding country, but Nelson performs well, holding its Hagberg with good grain quality.

“Our fungicide bill on Nelson is cut by 30% and the premium and reduced growing cost more than makes up for the lesser yield,” he says.

Nick also grows KWS Zyatt and Skyfall, and in 2019, the average yield was 9.4t/ha between them and Nelson yielded 8.1t/ha.

“Nelson is a tall variety, with good standing ability, which is a tool in our armoury against a number of grass weeds on the farm,” he says.

“We managed to plant 80 hectares of Nelson in October and will continue to grow it as long as there is a demand. We’re strong believers in having secure markets, not just growing something that we hope someone will buy,” adds Nick.

Lincolnshire-based seed and grain specialist Cope Seeds and Grain has been supplying German E wheats to the UK market for over 10 years. Director, Gemma Clarke, believes that it’s going to be more difficult to import grain going forwards. “We are still unsure of future Brexit trading conditions, and predict that we need to be producing more at home to mitigate any possible tariffs imposed on imported goods after the 31st December.

“And due to the COVID-19 pandemic, businesses are having to look at their supply chains, ensuring they are as short and as effective as possible to prevent any potential issues of importing goods.

“We are yet to see the full effect of COVID-19 but it’s sure to have an impact on many agricultural supply chains including seed bags, steel, tyres all of which are imported from the Far East. Therefore, the need to produce more at home has never been more important,” says Gemma.

Trials data
Data from the 2019 harvest puts Nelson in a good position in terms of a high untreated and treated yield paired with good milling quality results.