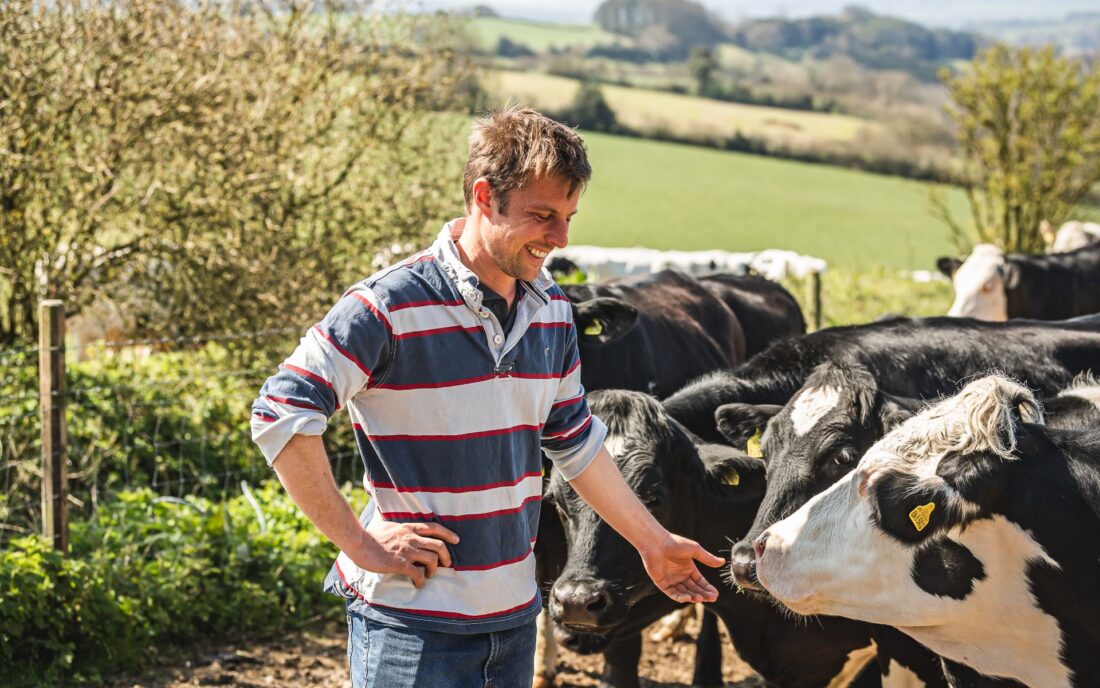 Maximising the value of home-grown forage is key, according to Duncan Hendry, grass and small seeds specialist here at Cope Seeds and Grain.

“Farmers are all striving to achieve the best quality forage to support their milk from forage ratios. This means that they have to constantly improve their grass leys, either by reseeding or by overseeding existing leys. Alternatives are maize or wholecrop cereals for energy supply. However, with rapidly rising costs of protein we must look to increasing home grown proteins rather than relying on bought in protein whether as compound feeds or as straights. To this end we are seeing positive results from alternatives like arable silage mixtures.”

Duncan explains that arable silage can produce excellent yields from a short growing period of approximately 13 –16 weeks with the silage combining high intake potential that can be used as part of a mixed forage diet, and the pea content of these mixtures can also help increase the protein content. 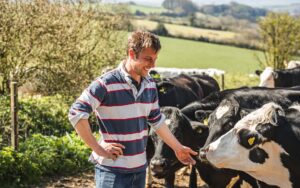 Ryan manages 800 dairy cows over 3 units averaging 8,200 litres per cow per year, and is committed to becoming self-sustaining. “Growing our own forage means we aren’t reliant on the straights market and it gives us more flexibility.
“We grow red clover, winter wheat, and winter oats/triticale, as well as peas and barley together, then we overwinter with stubble turnip and forage rape, and we grow mustard as well and mulch it in the spring as a green manure. The peas and barley are undersown with red clover. The peas are high in protein and the barley makes a good companion crop, we also use combinable peas because they’re shorter, which helps with harvesting. We cut them together in August with a forage harvester and this mixture goes straight into the clamp. Generally, we have to compromise between the barley being too green and the peas being so ripe they drop, and we cut the red clover we’ve undersown in the peas and barley again in September.”

Ryan crimps the wheat crop which he says means he doesn’t need to buy in any additional inputs. Generally, Ryan sows red clover in the spring so it’s cleaner. “It’s a really good protein source but you can’t sow it for too many consecutive years, after 8 years we break it with lucerne.
“We’ve played around with lucerne and we think it’s better on its own than in a mix, and we have found that layering it in the clamp is best.”

David Dilks is a tenanted mixed farmer in Derbyshire with 270 dairy cows plus followers, and he keeps all the beef animals for fattening.

He is growing alternative, mixed forage crops with positive results. “Approximately half our milk comes from forage.” says David.

He generally sticks to spring crops and employs a lot of underseeding.

“We grow arable silage mixtures, which are usually oats and peas or barley and peas, undersown with a red clover rich grass for silage or a grazing lay. This is then cut just as the peas flower and pod up and, weather permitting, left to wilt for 24 hours, then clamped leaving a grass lay for grazing or cutting mid-August. This year it’s looking like we might get a late cut of bales as well. We also grow three crops in one, which is barley peas and oats which provides the option of a slightly more mature clamped whole crop, or we combine and crimp it with the green straw baled and wrapped, depending on the year. This is undersown with low-rate grass seed for green cover overwinter and green manure. I have also dabbled in lucerne.”

David says he likes the flexibility it provides. “Ultimately it benefits the bottom line too because we buy in less imported protein just through mixed forages.”