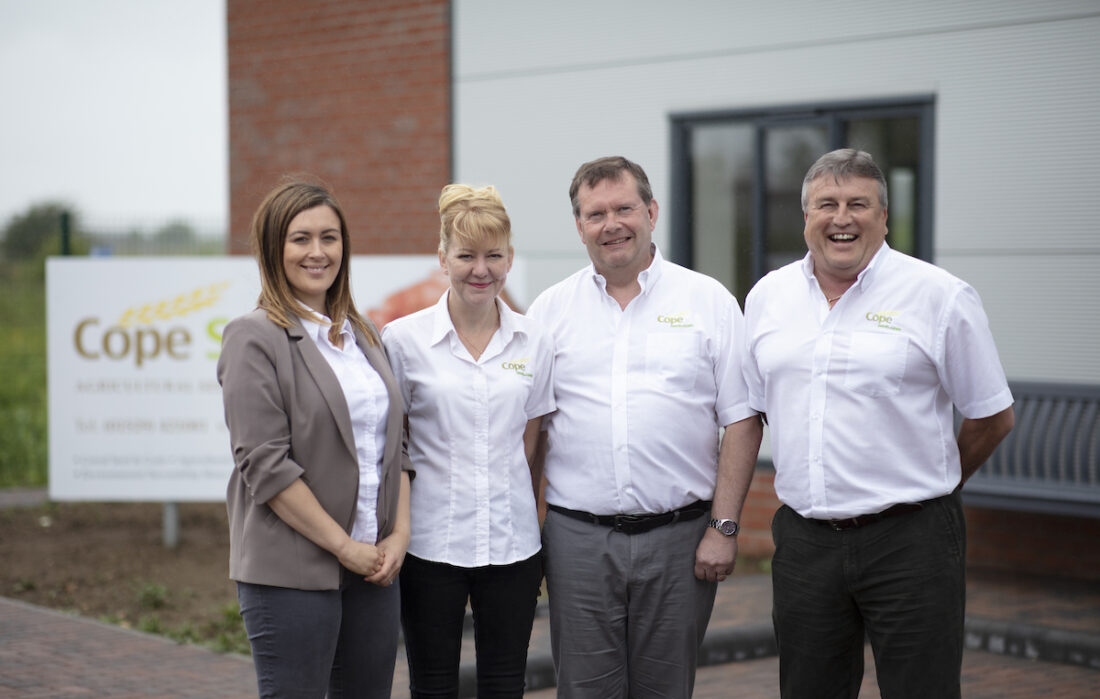 A Lincolnshire business specialising in the production of conventional and organic seed and grain has secured funding from Barclays to move to new premises.

The business is a leading agricultural seed and grain specialist, connecting world-renowned plant breeders to farmers and end-markets.

They have developed a wide range of conventional and organic seed species and varieties and all their products have full traceability which is expected by consumers today. They export to Europe and import during times of shortages.

The family owned business was established in 2000 by Trevor Cope who had spent many years working in the seed industry for Charles Sharp & Co. Trevor decided to go it alone and set about starting his own company operating from his home.

In 2008 Trevor’s daughter Gemma, who at the time was teaching business studies, joined the business and is now Managing Director. In 2009 the business moved to its first commercial premises in the centre of Sleaford before moving to a converted barn in Heckington in 2012.

This latest move to brand new premises in Sleaford has been designed to the company’s own specification to create an environment that is conducive to how the business is run today and for their growing team of staff.

Commenting on the move, Gemma Cope, Managing Director of Cope Seeds said: “This is an important step in the next phase of our company’s growth. We have plans afoot to further grow our current range of products and these new premises provide a great platform on which to do that.”

Funding was provided by Barclays. Simon Jenkin, Relationship Director at Barclays in Lincolnshire said: “Cope Seeds are a great example of a business who has continued to move with the times. I am delighted we have been able to support them with the move to their new site and look forward to seeing their continued success.”